What to know who The Quarry cast and characters are? In much the same spirit as Until Dawn and Supermassive Games’ The Dark Chronicles series, The Quarry follows the fate of several teenage camp counsellors as they remain stranded in Hackett’s Quarry Summer Camp long after the kids have gone home. But, as they prepare for one last blowout party, it becomes clear that something terrifying is hunting them down in this slasher interactive horror movie.

With some rather impressive motion capture technology – and a mix of stars of cult horror films and up-and-coming actors – it’s relatively easy to tell who The Quarry cast and characters are by looking at them. However, a few faces may be a little harder to recognise.

You can opt to play on your own and get the best The Quarry ending, but it’s perhaps best experienced with friends, either online with everyone voting at crucial decision moments or locally by passing the controller to whichever person chooses to have control of that character. With 16 characters in The Quarry, that means each player has to take on multiple roles at a time.

Here are The Quarry cast and the characters they play:

David Arquette plays Chris, the owner and operator of Hackett’s Quarry summer camp. As Chris is also an officer of the law, this role is similar to David’s most famous character: Deputy Dewey Riley from the Scream series. In TV comedies such as My Name is Earl and Friends, he also features in one-off roles. Wrestling fans may know him for the film Ready to Rumble and as the most infamous WCW World Heavyweight Champion.

One of the nine teenage camp counsellors staying for the party in Hackett’s Quarry Summer Camp is Laura, played by Siobhan Williams, a budding veterinarian who merely wants to spend time this summer with her boyfriend Max. Siobhan has been in various TV roles since she began acting in 2010. However, her most prominent role to date is as Elsa in Welcome to Marwen alongside Steve Carell and Gwendoline Christie.

Skyler Gisondo is Laura’s boyfriend Max, who is a bit of a slacker with little ambition. Skyler has appeared in a few Hollywood blockbuster films, with a recurring role in The Amazing Spider-Man films as Howard Stacy. He also starred in Night at the Museum: Secret of the Tomb and most recently appears in TV series such as The Righteous Gemstones and Fairfax.

Travis is the surly sheriff of the small town of North Kill. Ted Raimi provides his voice and likeness, and if that surname is familiar, you’ll be delighted to know he frequently appears in films directed by his brother, Sam Raimi. He mostly stars in one-off cameos on TV, but most will recognise him as Hoffman in the first Spider-Man trilogy and various characters in the Evil Dead series. 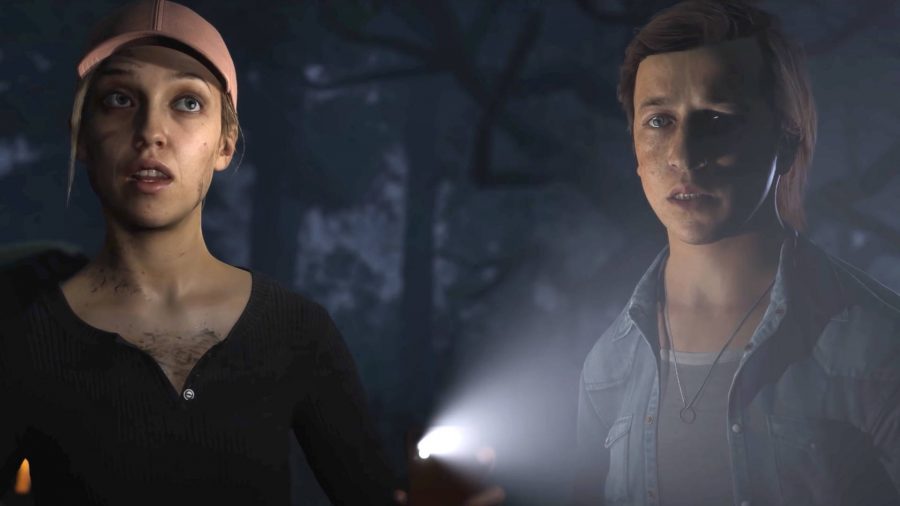 Emma is an aspiring actress and influencer, documenting and capturing her life through her phone’s camera, and her role as a camp counselor is to run the drama activities. Emma is played by Halston Sage, who some may know as Lacey from Paper Towns, Taylor in Goosebumps, and Dazzler in X-Men: Dark Phoenix.

Justice Smith plays Ryan, another one of the counsellors. Ryan is typically quite reclusive, but when faced with the oncoming danger, he seeks to protect everyone he cares about. Justice also stars in Paper Towns alongside Halston Page. His most famous roles are as Franklin Webb in Jurassic World: Fallen Kingdom and as the main protagonist Tim Goodman in Pokémon Detective Pikachu alongside his CGI Pikachu partner voiced by Ryan Reynolds.

Brenda Song plays Kaitlyn, the defacto group leader. Kaitlyn is perhaps one of the more confident members of the counsellor team, although she’s not afraid to stir up trouble now and then. Brenda has acted in various TV roles for the past 37 years but is the most famous for playing London Tipton in The Suite Life of Zack & Cody and Christy in The Social Network.

Zach Tinker is Jacob, the overconfident jock who, despite his appearance, wants his fellow counsellors to have a good time, especially Emma. Zach’s acting career has consisted chiefly of one-off roles, most notably as Grayson in 13 Reasons Why, but he has recurring roles in two American soap operas: The Young and the Restless and Days of Our Lives.

Ariel Winter plays Emma, ​​who is a socially awkward teenager. This doesn’t hold her back though as she’s a popular member of the group thanks to her artistic skills. Despite often doodling in her sketchbook, she is desperate for romance before the end of summer. Ariel is one of the most well-known of the younger actors, as she is Alex Dunphy from Modern Family. She also voices Gretchen in Phineas and Ferb.

Evan Evagora is an Australian actor who plays Nick, another counsellor at Hackett’s Quarry summer camp. Although he has trouble letting people see his more vulnerable side, Nick is a bit of a teen heartthrob. Unlike many of his co-stars, Evan is relatively new to acting, but he plays a high-profile role as Elnor in Star Trek: Picard.

Dylan, played by Miles Robbins, is a bit of a loose cannon in the group. Even though camps and counsellors love his sense of humour and his daily broadcasts, he is secretly afraid of being rejected by his peers. Miles is no stranger to horror films, appearing in 2018’s Halloween alongside Jamie Lee Curtis. He’s also Jackson Van De Kamp in The X-Files reboot.

Lance Henriksen is Jedediah, a mysterious man we currently don’t know a lot about. We’ve seen Lance in several alien movies. He is Bishop in both Aliens and Aliens vs. Predator, but he’s also starred in several Jean Claude Van Damme films. 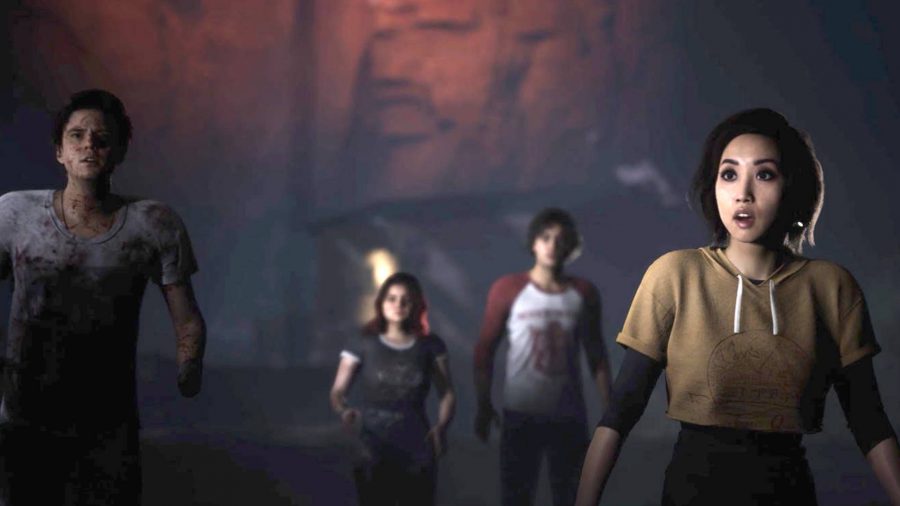 We also don’t know much about Constance, played by Lin Shaye, as the official website only hints that “they can’t wait to meet you…”. Lin has been acting since the 1970s, including in horror films as her best-known role is Elise Rainier in the Insidious series. She is yet another cast member who was in My Name is Earl and was also Magda in There’s Something About Mary.

Ethan Suplee is Bobby, a mysterious redneck who lives in the local area who also ‘can’t wait to meet you’. You may know Ethan from his roles in various Kevin Smith films such as Mallrats and Chasing Amy. He’s also Randy Hickey in the comedy TV series My Name is Earl, and Toby Welch in The Wolf of Wall Street.

Finally, we have Grace Zabriskie who plays Eliza, another mysterious character. The only source of information we have about her comes from the official website, which suggests that “she knew you were coming”. You may not recognise Grace in many films, but she’s had starring roles in Armageddon and The Grudge. However, fans of one of the best TV series ever, Twin Peaks, will recognise her as recurring character Sarah Palmer. 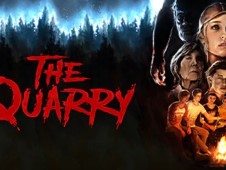 Mark Silverman provides some additional voices, including Rod Serling, a character not officially shown in any trailers for The Quarry. He is a veteran of the anime movie voice acting scene, with roles in the English dubs of Studio Ghibli films such as Nausicaä of the Valley of the Wind, Tales from Earthsea, and Howl’s Moving Castle.

And those are all of The Quarry cast members. There’s still a little time before its release, but checking there are plenty of other scary horror games on PC worth out. If more classic horror monsters are your thing, there are also loads of vampire games and zombie games worth playing. Just make sure you’re all prepared before you turn off the lights as they’re sure to give you a fright.